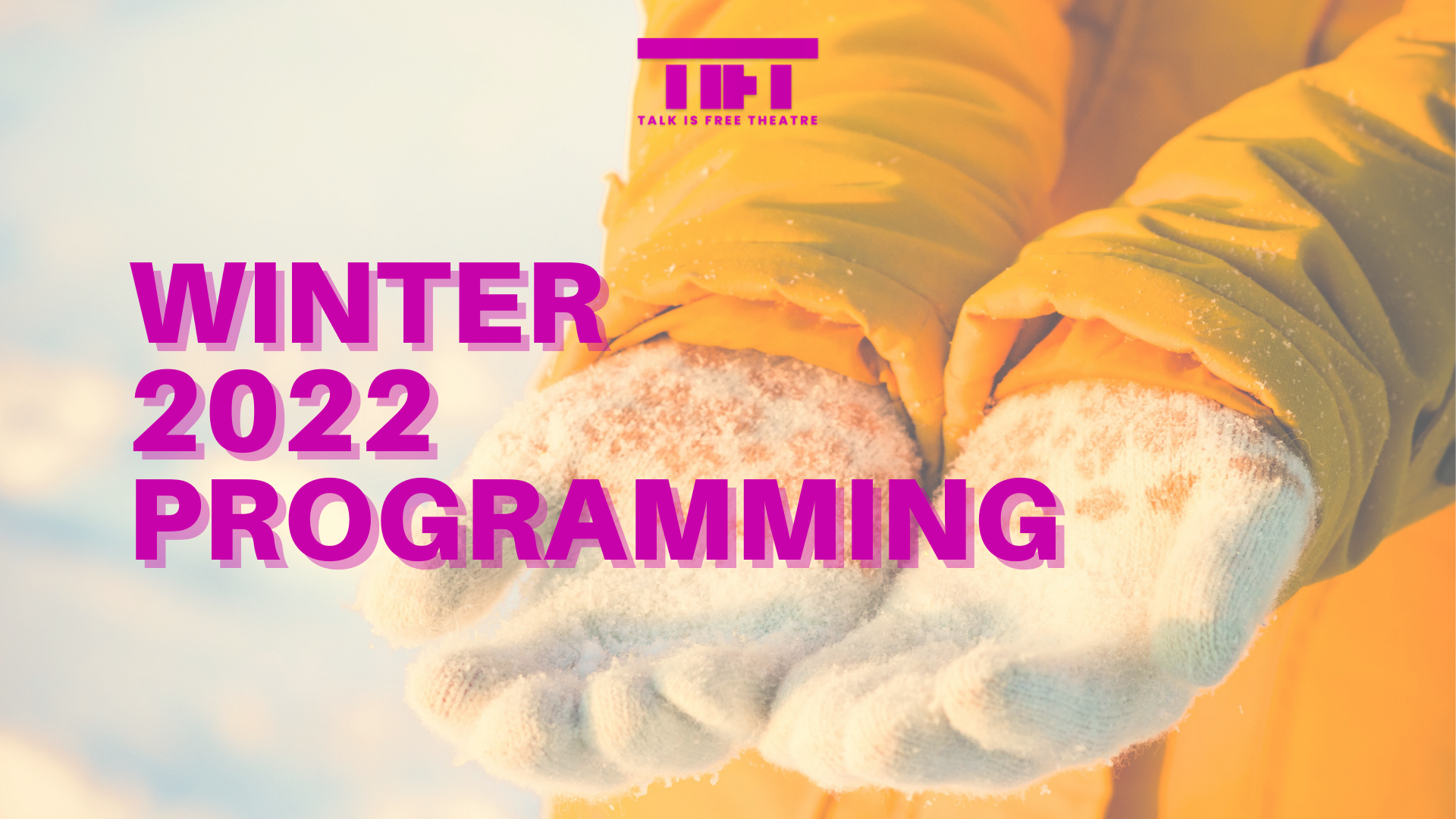 Running from January to April 2022, winter programming includes the Canadian arrival of TIFT’s internationally acclaimed production of a Broadway classic, in-person and hybrid adventures of self-discovery, an electrifying critique of generational differences and more.

The company continues to offer free admission to its programming in Barrie.

SIN AND SORROW ARE COMMON TO ALL

Social classes clash and conflict leads to inevitable tragedy between workers and nobility in this social drama by one of Russia’s most celebrated playwrights.

Written by and starring Nathaniel Hanula-James

A queer child searches for their identity in a world populated by an eclectic cast of characters, including a moustache-twirling flamingo, divas and bullies in this irreverent solo-performed production about self-discovery.

Location to be announced

Based on the novel by Virginia Woolf

Created and performed by Merlin Simard and Raven John

Orlando is the journey of a time-travelling trans girl stuck in an Elizabethan tech multi-verse spanning countless countries and visits with royalty, poets and persistent suitors.

Orlando is a Virtual Reality (VR) and physical reality performance hybrid and was developed as part of The Eternal Ego Festival.

THE DEMON BARBER OF FLEET STREET

Music and Lyrics by Stephen Sondheim

TIFT’s internationally acclaimed immersive production, which was the culmination of the 3-day The Curious Voyage experience in 2018, of the late Stephen Sondheim’s Broadway classic comes to Canada to tell the tale of the wrongfully condemned Sweeney Todd, who slashes his way to retribution.

Public Library in the Barrie area, to be announced

THE ARCHIVE OF MISSING THINGS

“A hypnotic experience that takes on more layers of mystery and intrigue as it goes on. NNNN.”

Equipped with a tablet and headset, the audience embarks on an adventure to uncover clues and discover the secret within the Archive.

Ticket Information:
TIFT continues to offer Free Admission to all main programming in Barrie. To read the complete details of the policy, please click HERE. Tickets for individual productions will be available for booking one month prior to the opening night. All Producer’s Circle members and donors of $100 or more enjoy an exclusive one week booking period before tickets are available to the general public.

COVID-19 Admission Protocols:
In accordance with the mandate from the Government of Ontario effective September 22, 2021, Talk Is Free Theatre patrons will require proof of full vaccination for COVID-19 and government issued identification before entry to any indoor theatre venue, including the Five Points Theatre.

Social distancing measures and masking will still be in effect until further notice. For more information about protocols and safety measures, please visit HERE.