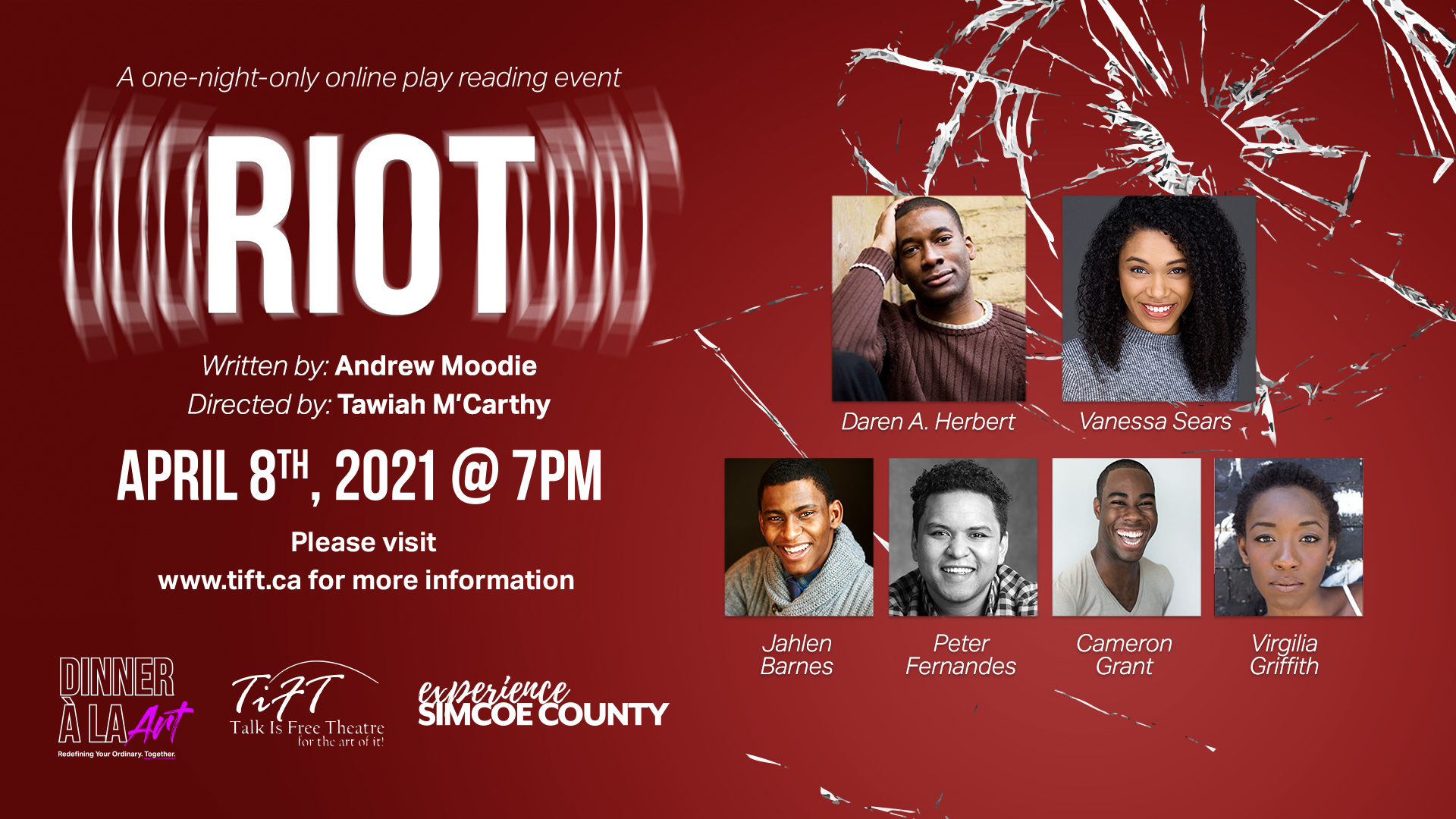 Today, Talk Is Free Theatre released the title and cast of acclaimed artists for one more reading as part of Dinner à la Art. Riot was written in 1995 by Andrew Moodie and will be streaming for one night only on April 8, 2021. Directing this Chalmers Canadian Play Award winner is actor, playwright, and co-founder of Blue Bird Theatre Collective, Tawiah M’Carthy.

The price of admission to any of these exclusive readings is a $30CAD minimum purchase from one of the local participating restaurants or retailers.

A dramatic and often humorous look at six black Canadians of diverse backgrounds who share a Toronto house. Their lives unfold against the backdrop of civil unrest, which erupted when the Los Angeles police officers on trial for the beating of Rodney King are acquitted. The fracas outside keeps intruding as characters clash, collide, and swap jokes about everything from racism to the status of Quebec as a distinct society, from Malcolm X to The Road to Avonlea.

The titles and stars of the remaining three readings will be announced every two days continuing March 1, 2021. Please follow Talk Is Free Theatre’s social media channels for updates.