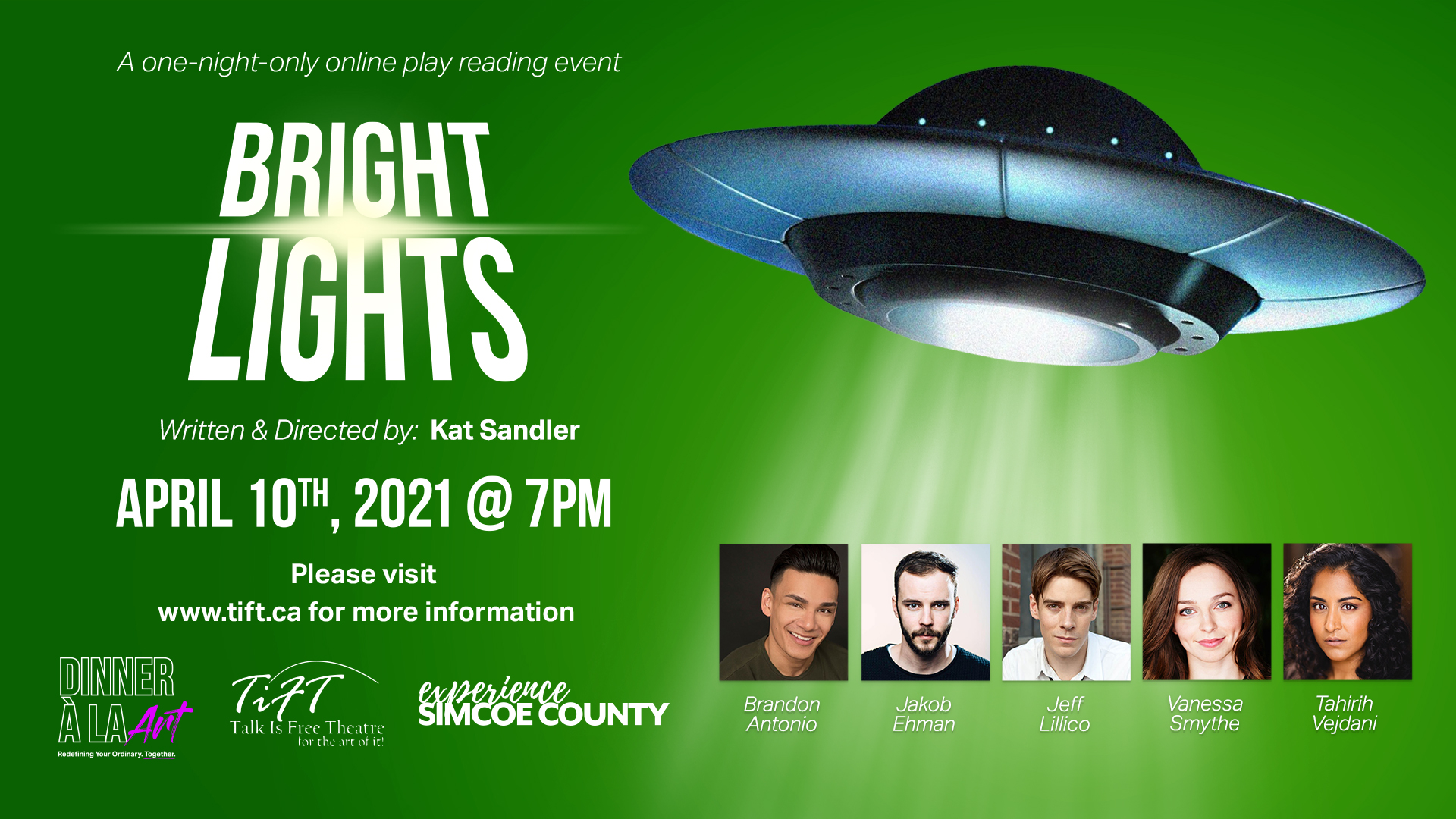 Streaming online to screens around the globe for one night only on April 10, 2021, is the razor-sharp farce Bright Lights, written and directed by Dora Award winner Kat Sandler. Performed by celebrated Canadian artists, this exclusive reading is part of Dinner à la Art, a new project from TIFT to help support some of Simcoe County’s hardest-hit, privately-owned restaurants and retailers.

Garnering numerous accolades since its sold-out premiere in 2016, this masterfully orchestrated comedy stars distinguished stage actor and Dora Award winner Jeff Lillico, whose recent credits include the award-winning television series On the Basis of Sex. The cast also includes award-winning performer Jakob Ehman who starred in the film adaptation of The Drawer Boy and several TIFT productions including The Libertine, and Gotcha. Featured roles are played by the Stratford Festival’s Tahirih Vejdani, whose work can also be seen on CBC and Netflix series, Dora Award-nominated performer Brandon Antonio, whose credits include The Rocky Horror Show and Next to Normal, and Vanessa Smythe, best known for her role as ‘Michio’ on the television series The Expanse and performed her solo production as part of TIFT’s Plural of She festival last summer.

The price of admission to any of the exclusive Dinner à la Art readings is a $30CAD minimum purchase from one of the local participating restaurants or retailers. An access code will be provided to anyone making a purchase between now and the performance dates.

written and directed by Kat Sandler

‍Bright Lights is a dark comedic snapshot into an hour in the life of an alien abduction support group after its leader is accused of being an alien. How do they decide who to believe when everything is shrouded in absurdity?